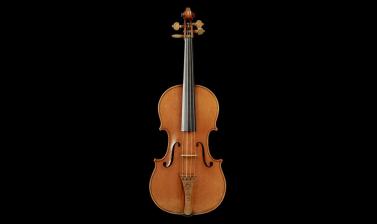 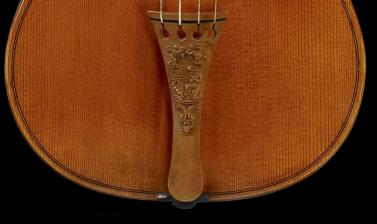 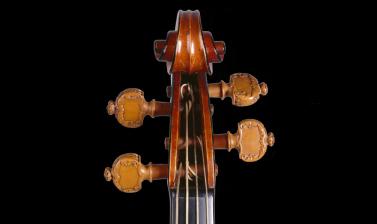 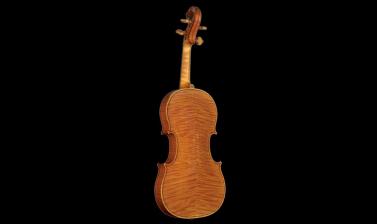 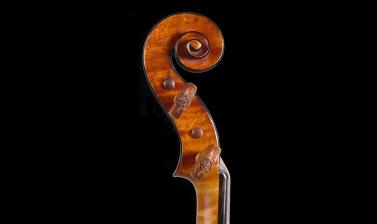 During his lifetime in Cremona, in what is now northern Italy, Antonio Stradivari (1644?–1737) created violins of several patterns that have been much imitated and are still the preferred instruments of many players. This example is the so-called ‘Messiah’ that was made when he was at the height of his powers, making instruments that have never been bettered. It owes its great fame, however, not to the sounds that it makes but to the astonishing condition in which it survives. It is not entirely untouched. The neck was lengthened and the pegs, bridge and tailpiece were added in the 19th century. The varnish, however, is almost unworn, the carving is as crisp as the day it was made and the painted edge-work on the scroll survives intact.

The violin owes its condition to the fact that it has always been a collector’s piece. It was probably initially purchased by a collector, Cozio di Salabue, from one of Stradivari’s sons. In the 1820s Salabue sold it to Luigi Tarisio, a dealer and collector from Piedmont, who kept it in a case in Italy, but boasted of it to his friends in Paris. It was this that earned it the name by which it is now known because, like the Messiah, it was eagerly expected but did not appear. In 1855 it was bought by Jean-Baptiste Vuillaume, a maker and dealer in violins, who kept it in a glass case. It was later bought by the firm W.E. Hills and Sons, to whom the Ashmolean owes its collections of stringed instruments.

This item is featured in Stradivarius by Charles Beare, Jon Whiteley and Peter Beare
This book is available to buy in our online gift shop.