FIGURE OF THE SAINT CHANDIKESHVARA

Wielding an axe with grace and elegance 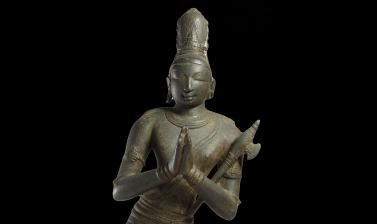 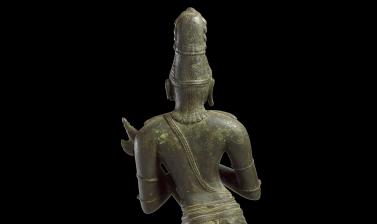 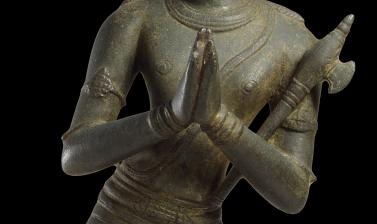 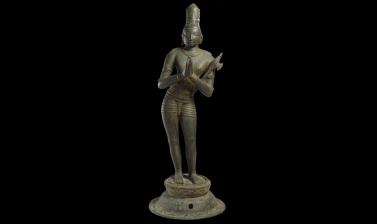 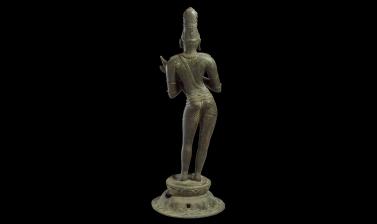 South Indian bronze sculpture reached its highpoint of artistic and technical achievement under the Chola dynasty (9th–14th centuries). Many of the finest works from the period are standing or seated images of the major Hindu deities, each one a unique creation as the lost-wax casting method requires the individual mould to be broken. The Chola rulers idolized Shiva in particular, and images of the god and his family entourage were made in considerable numbers and installed as permanent icons in temples. Being portable, these images were also often carried out in ritual processions on festival occasions.

This refined bronze depicts the youthful saint Chandesha or Chandikeshvara, who is worshipped in south India as Shiva’s foremost devotee. Born into a Brahmin family – the caste from which Hindu priests are drawn – the boy was so single-minded in his devotion that on one occasion he used up the village’s milk supply in anointing linga images of Shiva that he had made from sand. When his father, chastising him, kicked one of the lingas, the boy is said to have thrown a stick which became an axe and cut off both his father’s legs. Shiva himself then interceded, blessing both son and father.

In this tenderly observed and finely modelled image, Chandikeshvara stands in an attitude of humble devotion to Shiva, a faint smile on his lips and his hands joined in the gesture of respectful salutation. His body sways slightly in its triple-flexed (tribhanga) posture, and his axe rests in the crook of his arm. 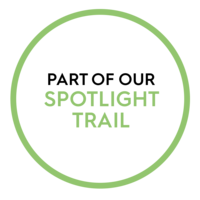 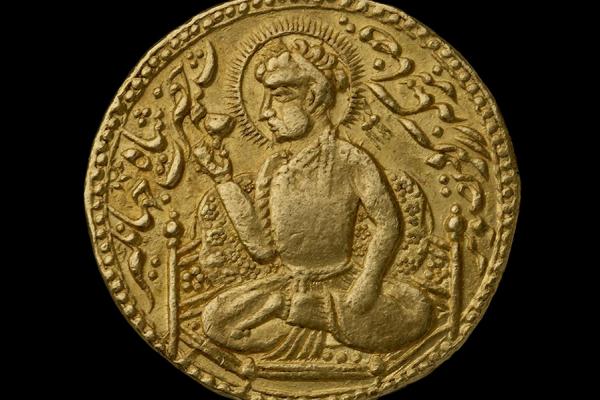