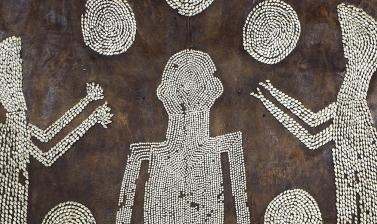 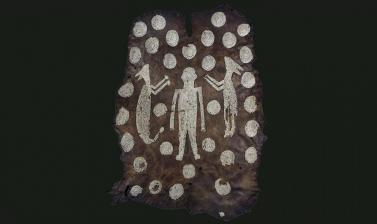 Pohatan, King of Virginia’s habit all embroidered with shells, or Roanoke.

Powhatan’s Mantle, is a large deer-hide hanging with shell beadwork decoration that dates to the first period of contact between Indigenous North American peoples and British colonists. It was probably made in the early 1600s in the southern Chesapeake Bay region of North America, by the Algonquian speaking peoples of the Powhatan Confederacy.

It is named for Wahunsenacawh (around 1550–1618), the powerful paramount chief of the Powhatan people, who was known to the English as ‘Chief Powhatan’. He is also known as the father of Pocahontas (Matoaka), the famed North American woman who married one of the English settlers, and visited England in 1616 –17.

The Mantle consists of four hides of white-tailed deer (Odocoileus virginianus) that have been trimmed and sewn together with sinew. The shell beadwork consists of a central standing human-like figure flanked symmetrically by two opposed four-legged animal figures in profile. One of these figures has claws, short ears and a long tail, and has been interpreted as a wolf. The other has hooves, larger ears and a shorter tail, and may be a white-tailed deer. The three figures are surrounded by thirty-four circles.

The meaning of the three central figures is unknown, although it is thought that the human figure might either represent a deity, or Powhatan as paramount chief. Researchers believe that the circles represent settlements, as they do on south-eastern Indigenous American maps of that time, and that they probably represent the tribal nations of the Powhatan Confederacy.

The mantle is unique with no known parallels. It is beautifully constructed, and the design executed with precision. It represents a major investment of artistic skill and labour, and must always have been prized.

The Mantle is first recorded as being in the Tradescant collection in London in July 1638, but exactly how they acquired it is not known. The most widely accepted explanation is that it may be one of the gifts presented by Powhatan in 1608 to Captain Newport for King James I.

Find out more about the objects on display in the gallery 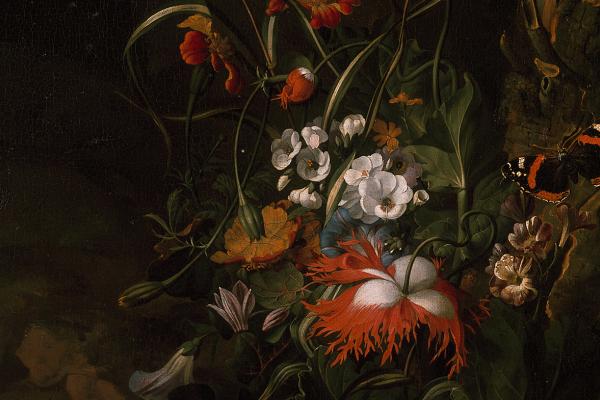 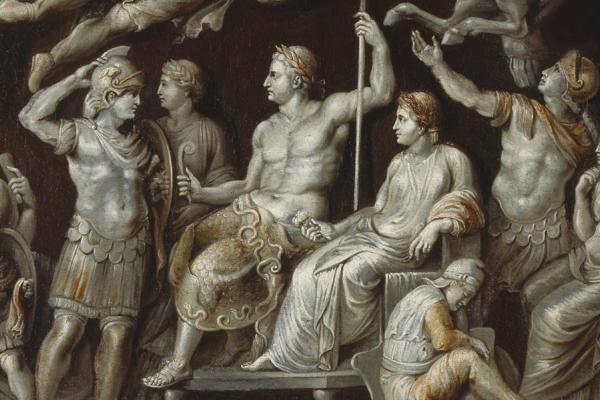 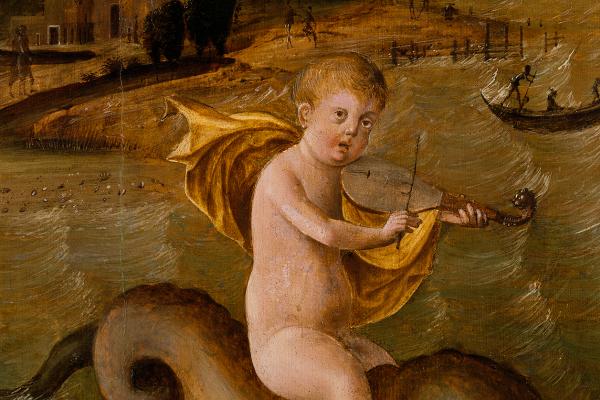 ARION RIDING ON A DOLPHIN 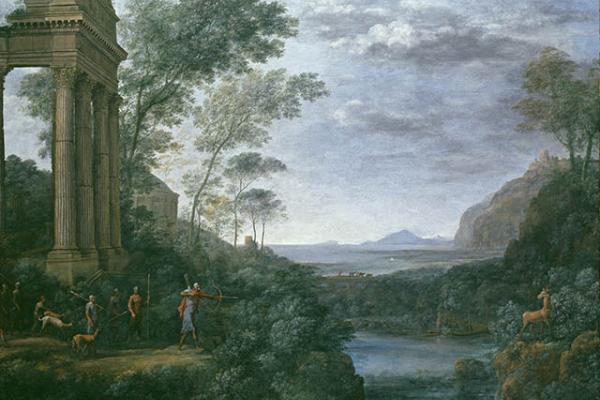 ASCANIUS SHOOTING THE STAG OF SYLVIA