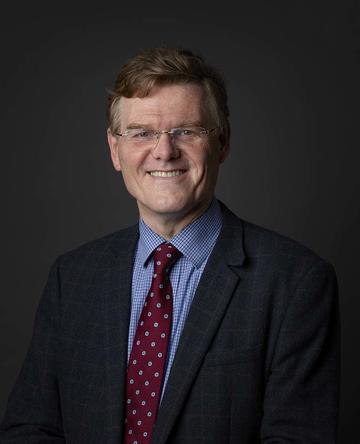 paul.roberts@ashmus.ox.ac.uk
Research summary:
My research interests focus on the archaeology and art of the Classical Mediterranean from the fourth century BC to the sixth centuries AD.  Part of my research deals with the use of ceramics to ascertain patterns of social, economic and political change. These include the distribution of pottery as an indicator of trade routes and marketing systems, and the examination of cooking vessels and their development to reveal changes in diet or eating habits.
Fieldwork projects I’m involved in range from excavations at the Greek colony of Euesperides (Benghazi, Libya) to the examination of Late Roman dumps of pottery from the site of Sparta in the Peloponnese, Greece.  In Italy the Matrice project looks at a major villa in rural Molise in south central Italy, and its development from the pre to post Roman period.  The Forum Novum/Vescovio project examines the phenomenon of small-scale urbanism in the Sabine area north of Rome (“the Sabina”).  This type of small city contrasts markedly with the mainstream, more intensive urbanism of regions such as Campania, yet is much more typical of many parts of Italy.
Within a museum context my interests lie in how museum collections can be presented not as artefacts but as possessions, relevant to the lives of real people. I work particularly on the applied arts – ceramics, glass, bronze, wall paintings and mosaic, using these to bring an idea of ancient ‘ordinary’ life to the public.   I have spent much of my career researching, enhancing galleries and curating exhibitions on aspects of daily life, informed by archaeological material. Gladiators, painted portraits from Roman Egypt, and daily life in Pompeii and Herculaneum have formed the basis of earlier exhibitions.  I am currently devoting my research time to curating  Last Supper in Pompeii (Ashmolean, 2019-20) looking at the important role of food and drink in Roman society, from dining to religion.
CV
Paul Roberts is Sackler Keeper of the Department of Antiquities at the Ashmolean Museum. He is also a governing body Fellow at Wolfson College.   Formerly, he was Roman Curator (1994-2007) and Senior Roman Curator (2007-2015) in the Department of Greek and Roman Antiquities at the British Museum, London, where he curated the exhibition Life and Death in Pompeii and Herculaneum (2013).
Paul read Classics at Cambridge University (1980-83) and obtained an MPhil (1987) and PhD (1992) in Classical Archaeology at the University of Sheffield. His postgraduate degrees, under the expert supervision of the late John Lloyd, focussed on ceramic evidence for Hellenistic and Roman trade routes of the central and Eastern  Mediterranean.    As part of this Paul carried out fieldwork in Turkey, Greece, Libya, and in particular, central/southern Italy - Molise, Puglia and Lazio. He lived in Italy for much of the 1980s teaching, then excavating and researching, including long periods at the British School at Rome.
Featured publications
2013 Life and Death in Pompeii and Herculaneum (British Museum Press)
2010 Catalogue of the Roman Cameo Glass in the British Museum, with V. Tatton-Brown, W. Gudenrath and D. Whitehouse (British Museum Press)
2008 Mummy portraits from Roman Egypt British Museum Press
Other Bibliography
2013 Art in Pompeii and Herculaneum with V. Baldwin,  (British Museum Press)
2012 “Catalogue of Hellenistic and Later Pottery” (with P. Armstrong)  in J.J.Coulton (ed) The Balboura Survey (BIA monograph 43)
2009 The Ancient Romans: Their lives and their world  British Museum Press
2006 “Singing all summer, dancing all winter”  lead-glazed vessels in the British Museum in N.Crummy (ed.)  Image, Craft and the Classical World.  Essays in Honour of Donald Bailey and Catherine Johns.  Instrumentum, 29. 2006, 23-38
2005 Combating Illicit Trade: Due diligence guidelines for museums, libraries and archives on collecting and borrowing cultural material.  DCMS October 2005
2004 “New Light on Roman Sparta: Roman pottery from the Sparta Theatre and Stoa” Annual of the British School at Athens. 549-597 with Clare Pickersgill
2001 “Forum Novum - Vescovio: studying urbanism in the Tiber Valley” JRA 14, 59-79. (With Vince Gaffney and Helen Patterson).
1999 “Suche im Sand: Der archäologische Kontext der englischen Entdeckung von Mumienporträts im Fayum” in K.Parlasca and H Seemann (eds.) Augenblicke: Mumienporträts und ägyptische Grabkunst aus römischer Zeit. p49-70.,Frankfurt
1998 “The Pottery” in J.A.Lloyd et al. “Excavations at Euesperides (Benghazi): an interim report on the 1998 season” Libyan Studies 29 (1998), 158-63.
1997 Ancient faces (with S.Walker, M.Bierbrier and C.Johns).  Substantial contributions to archaeological sections. Text,catalogue entries etc.
1997 "The Roman Pottery" in T.W.Potter (ed.) Excavations at The Mola di Monte Gelato: A Roman and Medieval Settlement in South Etruria. Rome, British School at Rome  Archaeological Monograph 11, 316-356.
1997 “Mass production of Finewares in the Roman World." in I.Freestone and D.Gaimster (eds.) Pottery in the Making London, British Museum Press, 188-193.
1995 "Four Groups of Thin-Walled Pottery in the British Museum." (with Susan Walker and John Hayes) in Italy in Europe: Economic Relations 700BC to AD50.  London BMP, 337-353.
1994 "The pottery from the Cistern at S. Giacomo degli Schiavoni (Molise)” Papers of the British School at Rome 61, (1993), 63-103.
1991 "A 'stork-vase' from the Mola di Monte Gelato" Papers of the British School at Rome 59. (With O.Murray, T.Potter and P.Parsons).
1988 "Testa and Clibani: the baking covers of Classical Italy". Papers of the British School at Rome 56, 98-119. (With A.L.Cubberley and J.A.Lloyd).
Featured projects
Forum Novum/Vescovio - also described by the British Museum