AN 'IDES OF MARCH' COIN

AN IDES OF MARCH COIN

The 15th of March has come to be known as an ill-fated day. Today, over 2,000 years ago, Roman general and statesman Julius Caesar was assassinated at a meeting of the Senate.

Days before the attack, a soothsayer warned Caesar that harm would soon come to him. The powerful general had just been named 'Dictator in Perpetuity', and anti-Caesar sentiment was growing in Rome. These prophetic words were later immortalized in Shakespeare’s play Julius Caesar - "Beware the Ides of March!" In ancient Rome, the Ides referred to the day that fell roughly in the middle of a month. In the case of March, this was the 15th.

On the day of the assassination, Caesar is said to have met the prophet again on his way to the Senate meeting, remarking that ‘the Ides of March are come’, suggesting that his prediction had not come to pass.

"Aye, Caesar; but not gone," he replied.

As it turned out, this man was onto something. Shortly after, Caesar arrived at the Theatre of Pompey where he was murdered by as many of 60 conspirators - two of whom were Brutus and Cassius, close associates and friends of Caesar at the time. The conspirators, who referred to themselves as the Liberatores, had grown fearful of Caesar's consolidation of power and thought he must be stopped. 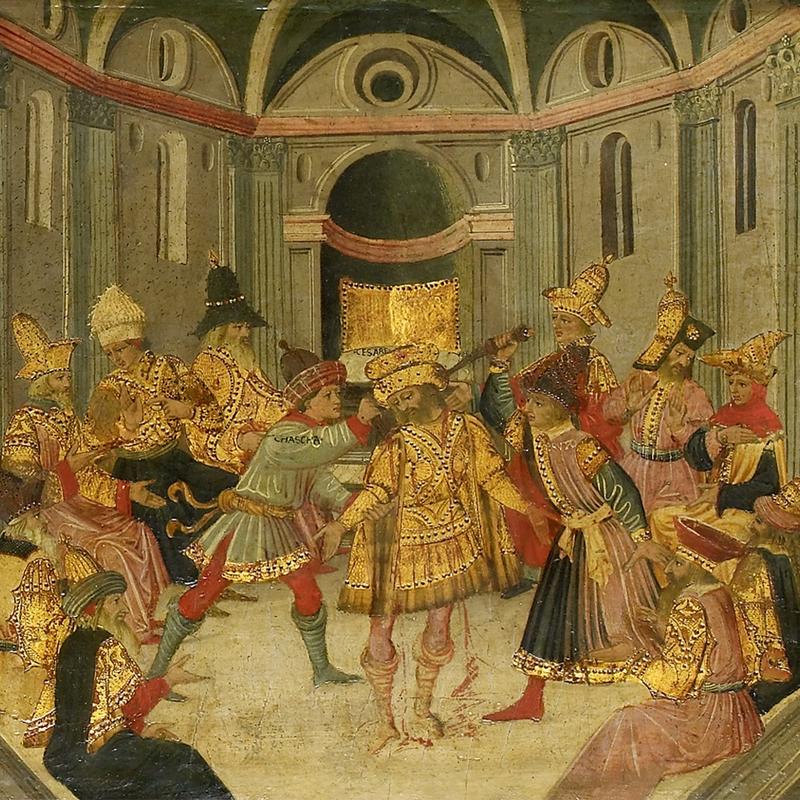 A coin commemorating the assassination

The 'EID MAR' variety of coins were introduced by Brutus as a rather audacious celebration of the assassination of Caesar, and this one was struck in a mint travelling with Brutus’ army in the late summer of 42 BC.

These coins are incredibly rare, and would send any historian or collector’s heart a-flutter. Beyond their rarity, they have enormous historic significance and are loaded with political symbolism.

The coin depicts two daggers of different designs, representing the weapons used by Brutus and Cassius in the assassination of Caesar. They flank a ‘pileus’ cap - a symbol of freedom associated with the freeing of slaves. The words ‘EID MAR’ below are an abbreviation of ‘EIDIBVS MARTIIS’ – the Ides of March. 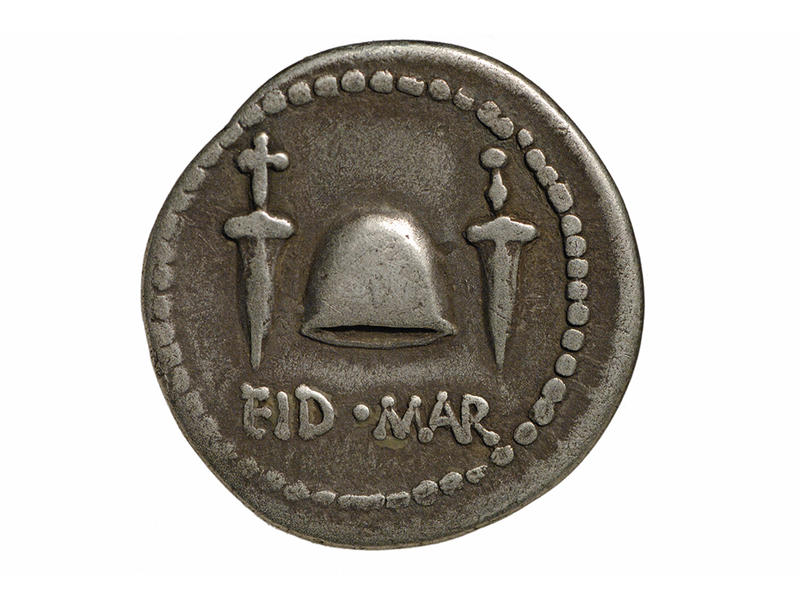 A bold choice by Brutus

On the other side of the coin sits a bust of Brutus, looking to the right. We know what you’re thinking – a bust on a coin, so what?

While it might not seem out of the ordinary, when considered in context, we begin to see the irony of Brutus’ decision to feature himself on these coins.

Three months prior to his assassination, Caesar had his own portrait struck on Roman coinage, something that had never been done before. Up until this point, coins had only featured powerful gods and goddesses. Whilst the leaders of the Second Triumvirate had embraced this practice, it was seen by Caesar’s opposition as an act of defiance against Roman tradition, and quite frankly, in poor taste.

For those who feared his growing power, this was a step too far. It was the assumption of king-like rule that this symbolism represented which provided the very motivation behind Caesar’s assassination. This was but one of the actions Caesar took that had pushed the conspirators to kill him.

Yet here, on this coin minted two years after his murder, sits the bust of Brutus.

We can’t speak for him, but the irony is certainly not lost on us. 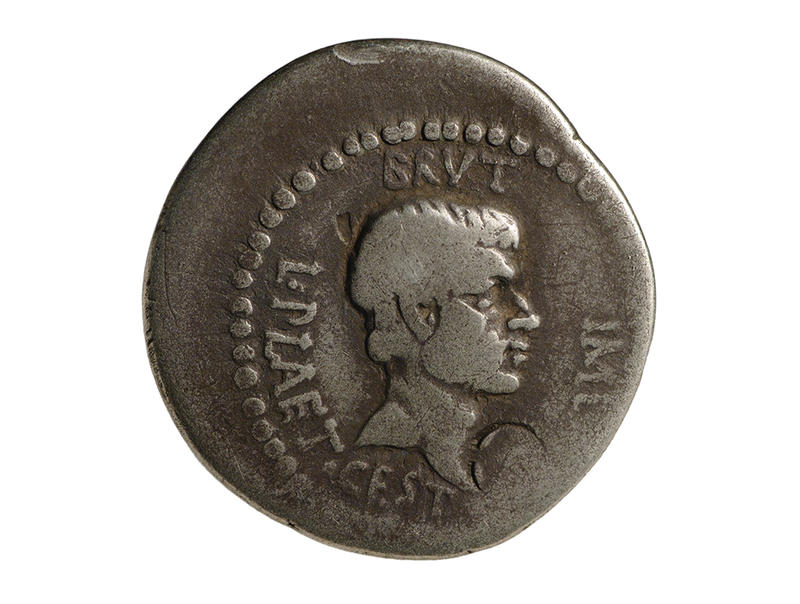